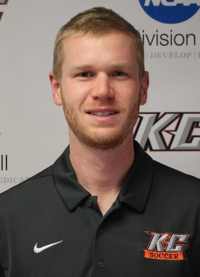 Caso graduated from the University of Akron in 2016 with a Bachelor’s of Science in education sports management. While at Akron, Caso helped the Zips to back-to-back Mid-American Conference (MAC) regular season and tournament championships in 2013 and 2014 and was named to the MAC All-Tournament Team in 2014. Caso played at the University of New Hampshire from 2011-2013 before transferring to Akron.

In Caso's first season in 2021 as head coach at Keystone - the program returned to the post season conference tournament with a final record of 9-7-1 with 2 players earning first team all-conference honors and 2 players to the second team.

Caso also played semi-professionally with the New Jersey Express of the USL Premier Development League. In addition, he earned a 2020 EDP Promising Young Coaches Under 30 Award.

Other coaches will include current and former college soccer players.